Once infamous for its man-eating lions, much of the vastness of Tsavo remains undiscovered. Elsewhere it contrasts towering dormant volcanos with wide palm-fringed rivers where huge herds of elephants wallow. Wild, beautiful and rugged, this is Africa as she used to be. 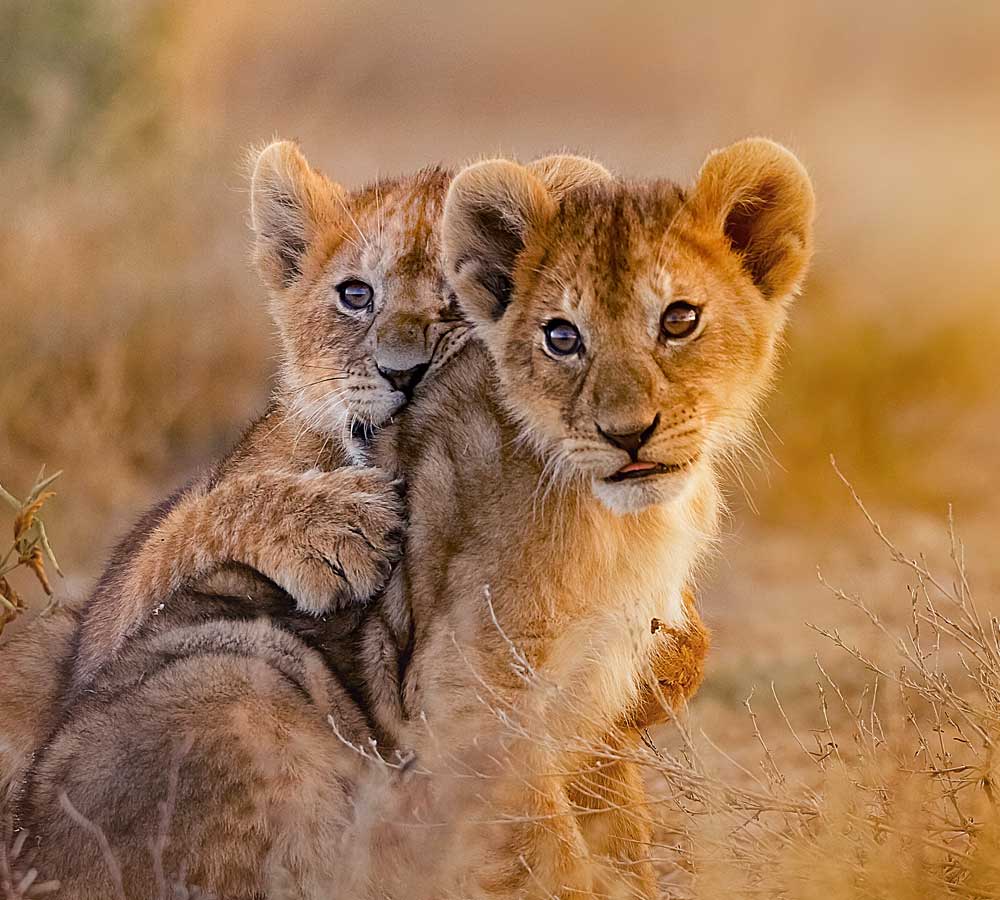 The joint 20,000 sq km of Tsavo East and Tsavo West National Parks forms one of the largest protected wilderness areas in the world. Tsavo East is famous for its rolling plains and towering escarpments, Tsavo West for its views of Mount Kilimanjaro and the volcanic coils of the Chyulu Hills.

Hippo home, elephant kingdom
Tsavo is patrolled by huge elephant herds; while in the melt-water pools of Mzima Springs wallow hundreds of hippos. The panoramic plains are home to buffalo, zebra, giraffe, kudu, and eland and the abundance of plains game attracts plenty of predators.

The man-eaters of Tsavo
Notorious for the man-eating lions that preyed on the builders of the East African Railway, these days Tsavo is famous for its mane-less lions, thought to be some of the most intelligent in the world.

Steeped in history
Inspiration for ‘Out of Africa’, it was to Tsavo that Denys Finch Hatton and Bror Blixen brought their royal clients; and in Tsavo that some of Hollywood’s greatest epics were filmed. 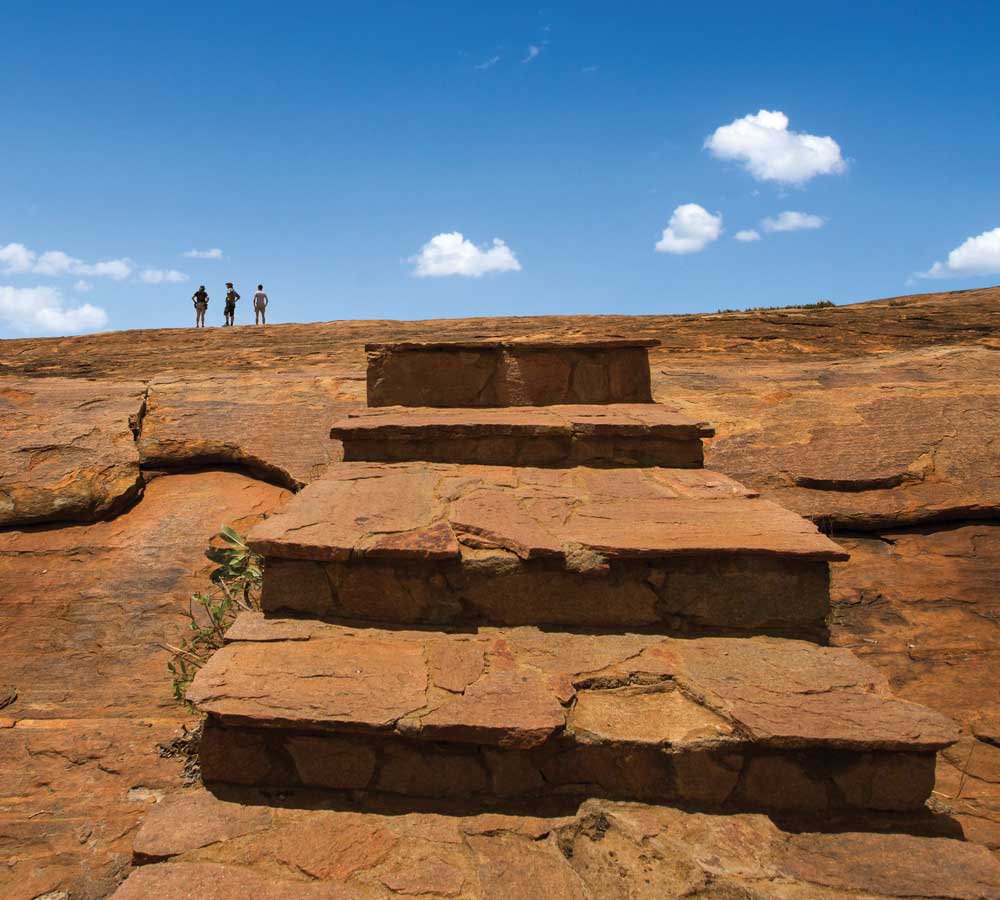 > Spot all the members of the Big Five (rhino, elephant, leopard, buffalo, and elephant)

> Explore the lava caves of the Chyulu Hills

‘Simba’ means ‘lion’ in Swahili. A budget safari that delivers optimum variety in the minimum time without…

For those with limited time looking for a value-added safari that highlights Kenya’s most famous sights, this…

This exclusive flying safari showcases some of Kenya’s most famous and most diverse wilderness areas, while travelling…

FROM $5874 pp
Find out more
See all packages

How Kenya is saving the African Wild Dog

African wild dogs, also known as painted wolves or Cape hunting dogs, have seen drastic population declines over recent decades. In this article from 2017, we looked at Kenya’s efforts to save the African wild dog from extinction, and discovered how these endangered animals are beginning to recover here. Painted wolves in the morning The…

Kristin Davis – Why I Love Kenya

American actress Kristin Davis is perhaps best-known for her role as Charlotte York Goldenblatt in the American TV series Sex and the City for which she received a 2004 Emmy Award nomination. She also starred in the films Sex and the City 2008 and 2010. A Global Ambassador for Oxfam, Kristin is also a ‘High…

Friends with benefits: taking a ride with an oxpecker

It’s a common sight: a small bird with a bright red beak is taking a ride on a zebra. It might be perched on its neck or riding between its ears. The zebra doesn’t seem to mind and the bird seems to be having fun. With good reason. Bed and breakfast The bird, which is…

Elephants are expressive creatures. They display joy, anger, grief, compassion and love. But a mother’s love for her calf is the strongest emotion of all. Elephant mothers carry their babies for almost two years before giving birth. Mother and child remain in constant touch, the calf never straying more than a trunk’s length from its…

Ask any motorcyclist why they prefer a bike to a car and they’ll probably tell you that they prefer to be IN the moment rather than looking at life through a window. It’s the same with the safari experience and that’s where Kenya’s conservancies come in. The majority of visitors explore Kenya’s globally-renowned national parks…

A visit to Mzima Springs

Travel writer and author, Jane Barsby, takes a dive into Mzima Springs, one of Tsavo West’s greatest tourist attractions. Mzima Springs is a world unto itself. Here in this magical bubble of an oasis, the air is filled with birdsong and the water bursts out of the ground literally gurgling with laughter. And so it…

In this article, we learn how the Maasai community has worked with the Big Life Foundation to establish the Maasai Olympics. And we see how this has had a profound impact, not only on lion conservation, but also on community empowerment. A decade ago, a deputation of Maasai elders strode onto the ranch of a…

Climbing in Kenya has a long history and there are many wild and beautiful locations and routes for both beginners and experienced climbers alike. For a family-friendly climb, Mount Longonot is perfect. Kenya also offers excellent cragging and sport climbing. Here are some ideas for a day-out climbing. Mount Longonot Best of the volcano climbs…

In this feature a member of our travel writing team visits Mudanda Rock, Tsavo East. Kenya’s answer to Australia’s Ayers Rock, Mudanda is a place steeped in ancient history. It’s also very popular with the local elephants. There’s a stunned silence as we arrive at Mudanda Rock. It’s taken us five hours to get here….

Want Inspiration in your Inbox?